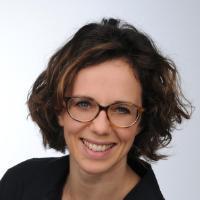 Sabine Mair is a Marie Curie Fellow at the University of Copenhagen. She holds a Phd in Law and a LL.M in in Law from the European University Institute as well as an LL.M in European Law from the College of Europe. Sabine has, furthermore, completed an M.A. in political science at Ludwig-Maximilians-Universität Munich and has spent one year as graduate researcher at Princeton University. She previously worked at the Court of Justice of the European Union as legal clerk.

Her research focuses on EU constitutional law, with a specific interest in the normative analyses of European law. Sabine is currently in charge of the Marie Curie Project UNITE. The project analyses the judgements of the European Court of Justice as cultural artifacts. It aims to disentangle new storylines about life in the European Union polity by analyzing the jurisprudence of the European Court of Justice through the eyeglasses of different political philosophies.