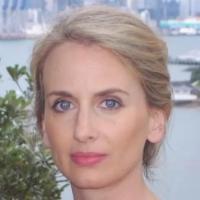 Audrey Lebret investigates of the interactions between new technologies, biomedicine and human rights.