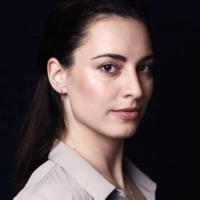 Berdien van der Donk is a PhD-fellow at the Centre for Private Governance (CEPRI), University of Copenhagen. She teaches EU Internet Law at Copenhagen Business School and works outside of academia as a legal analyst for trademark and domain name cases at Clarivate’s Darts-IP.

Berdien spent time as a visiting researcher at the Tilburg Institute for Law, Technology, and Society (TILT) at the University of Tilburg (2021, 2022), and the Centre for Research in History, Philosophy, and Sociology of Law and Computer Science (CIRSFID) at the University of Bologna (2022). She is a member of the Global Digital Human Rights Network (GDHRNET) and she participated in the Research Sprint on "Takedowns and Transparency: Global Norms, Regulation and the Nature of Online Information” hosted by the Berkman Klein Center for Internet & Society at Harvard University (2022).

What happens if a large-scale social media platform decides to block access to content in a way that goes beyond what is prescribed by law? Can a platform with more than three billion users decide that euthanasia equals suicide, and thus limit its dissemination? Would it matter if the content is blocked in a country where euthanasia is legal, such as Colombia, the Netherlands, or New Zealand?

One of the ways to oppose a social media platform’s normative decision to restrict access is through must-carry claims: demanding a court to reinstate content that has been removed based on a social media platform’s normative decision. The discussion on these must-carry claims for social media platforms has been on the rise during the last years. In the United States, all must carry-claims to date have been unsuccessful due to platform’s protection under section 230. In Europe, however, the discussion on must-carry claims in the European Union is far from settled. The legal literature has solely addressed individual Member States or a comparison of the practice in an individual Member State and the practice in the United States. However, the discussions on the national Member States and recent case-law in Germany, Italy, and The Netherlands shows that the ‘European approach’ simply does not exist. Courts in the Member States have reached various diverging conclusions, leading to different implications for users and platforms in different Member States.