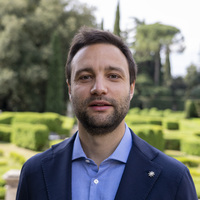 Matteo has joined the Centre for Private Governance (CEPRI) at the Faculty of Law to work on his Postdoctoral project entitled ‘Integration of Immigrants in International and EU Law: A comparison of the Approaches Adopted by the European Court of Human Rights and the Court of Justice of the European Union’, under the supervision of Associate Professor Silvia Adamo.

The object of the Postdoctoral project is to deeply investigate the different legal conceptions of immigrant integration in International and EU Law. Besides considering the relevant International Conventions, EU Treaties and EU legislation, the nuances of the approaches adopted by the European Court of Human Rights and the Court of Justice of the European Union are thoroughly examined. This research is part of the research project ‘Law and Private Governance for a New Understanding of Immigrant Integration’, funded by the Carlsberg Foundation and running from 2020-2023.

Matteo obtained his PhD in Law from the University of Copenhagen, Faculty of Law, in September 2020, with a PhD thesis entitled ‘Posting of Workers in EU Law: Challenges of Equality, Solidarity and Fair Competition’, under the supervision of Professor Ulla Neergaard. Besides his research activity, he developed, lectured and assessed the 2017, 2018, and 2019 editions of the Master’s course ‘Advanced EU Constitutional Law’ at the Faculty of Law, University of Copenhagen. In Autumn 2018, he spent a visiting research period at the Institute for Labour Law at the Faculty of Law, KU Leuven (Belgium), under the supervision of Professor Frank Hendrickx. Matteo graduated in Law (Master's Degree) in 2013 at the University of Turin (Italy), orienting his academic career mainly towards the field of EU Law, with a Master’s thesis titled ‘Freedom of Movement for Services and Gambling’. Between 2013 and 2015 he accomplished the twenty-one-month lawyer traineeship in the Law Firm Bruno Mellano (Cuneo, Italy), and in 2014 he carried out an legal internship at the Centre of International and European Economic Law (Thessaloniki, Greece).