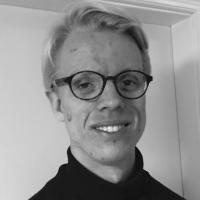 The overall topic of my PhD project is the Europeanisation of the application of law in Denmark. My project is an attempt to describe, using Denmark’s membership of the EU as case, how a social structure able to facilitate this Europeanisation is build and constituted, and how, over time, it changes the way nationally based legal actors apply law.

The framework of the project is the construction of a European-Danish legal field. By breaking from the more traditional dichotomy if national-supranational/international, I will seek to describe how actors from both the “European side” and the “national side” respectively contributed to the building of this European-national legal field. My hypothesis is that, by building and strengthening EU-legal positions, otherwise purely national actors were increasingly forced to engage with the Europeanised positions and take them seriously. As a result, this process slowly Europeanised the Danish judiciary, not only their attitudes towards EU-law, but also in the way they practiced EU law in their everyday adjudication. In turn, as has been indicated in Danish scholarship already, EU legal ways of thinking spreads to legal spheres where EU law is not even formally applicable.

My main research question is:

To answer this, I will as well explore the following sub-questions:

In short, I will seek to describe what mechanisms have been driving in this development from a national legal practice into a significantly more Europeanised one. In this, I want to combine the perspective on different field positions with a view on the concrete content of the law as it is applied – and see to what degree the former can explain changes in the latter.

My data will consist of a) documents from the archives of national and European institutions, b) interviews with present and former actors from those institutions, c) demographic data on the actors, and d) the largest available dataset of judgments from the Danish judiciary, implicating that my focus will, to the largest extent possible, be on “run-of-the-mill” cases and not only cases that were referred prejudicially to the CJEU. The institutions included will be courts, state/EU agencies as well as relevant NGO’s, activist law firms etc.

In a broader context than the case study of Denmark, the project will aim to uncover the processes through which national legal systems and the European Union integrates. I hope that the conclusions from the project can contribute to a deeper knowledge of Europeanisation of national legal actors in general.

Before my employment as a PhD-student, I worked as a project student assistant at iCourts. As a part of the project 'Dogma to Data', I conducted studies on the citation patterns of the European Court of Human Rights.