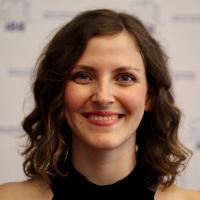 Aysel Küçüksu is a Postdoctoral Researcher on the Human Rights Nudge Project. She was a Marie Curie PhD fellow in Law and Political Philosophy at the University of Geneva and LUISS-Guido Carli di Roma and is a member of the interdisciplinary GEM-STONES network. Her PhD studied the interface of law and political philosophy in the asylum jurisprudence of the European Court of Justice through theories of vulnerability. She teaches as part of the Fundamental Human Rights course at the bachelor programme in Danish Law at the University of Copenhagen.

Aysel holds an LLM in International Law from the University of Copenhagen (2016) and an LLB in English and European Union Law from Queen Mary, University of London (2015). She has previously interned at the European Court of Justice and the Italian think tank, Istituto Affari Internazionali in Rome. Prior to that, Aysel worked as a research assistant at iCourts, University of Copenhagen on Prof. Henrik Palmer Olsen’s project entitled ‘From Dogma to Data’. Her work involved uncovering hidden patterns in the vast jurisprudence of the European Court of Human Rights through citation network analysis.