Aid organizations spend considerable time lobbying for more aid to be sent to refugees in poorer neighboring states, rather than lobbying for more refugees to be resettled to wealthy states. Organizations sometimes claim that a focus on aid is more politically feasible, as most citizens in wealthy states do not support more refugees arriving. Yet, there is another justification raised to support a focus on aid: it is what refugees prefer. Despite the growing popularity of this claim, few have established what refugees’ preferences actually are. We draw upon an original dataset gathered in Lebanon with a representative sample of 1,751 Syrian refugees to note that, at least in this case, most refugees really do prefer remaining to resettling. However, we argue that even if most refugees prefer remaining, organizations have reason to avoid fulfilling preferences that are 'adaptive'. We define adaptive preferences as arising when individuals prefer X over Y only because Y is not an option, but would prefer Y over X if Y were an option. Refugees may prefer remaining in neighbouring countries to relocating to other countries only when relocating is not an option, but would prefer relocating if this option were available. We present a novel reason for discounting these types of adaptive preferences, and propose a novel experimental method for evaluating whether preferences are adaptive: researchers can ask subjects to imagine having an option currently unavailable, and ask them if they still prefer alternatives to this option. We apply this method to the case of Syrian refugees. We demonstrate that, though only 23.1% of respondents initially say they prefer resettling, when asked to imagine having the option to resettle, this number increases to 46.6%. 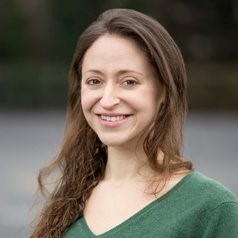 Dr Mollie Gerver is assistant professor in the Department of Political Economy at King's College London. Her philosophical research focuses on two main topics: consent  and immigration ethics. Her has published on these topics in academic journals and the media, including in The Washington Post, Newsweek, Al Jazeera, and ABC News.

In addition to philosophical research, she has conducted empirical fieldwork in East Africa, interviewing 172 former refugees and migrants who had repatriated from Israel. This data is included in her book, The Ethics and Practice of Refugee Repatriation.