Weapon of the Weak: How Weaker States Challenge Stronger Ones in the International Court of Justice 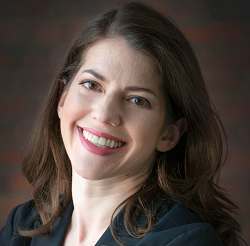 Dr. Jill Goldenziel is a Professor of Law and Security Studies at Marine Corps University-Command and Staff College, where she teaches International Law, the Law of War, and National Security to mid-career U.S. and foreign military officers studying for a Master’s in Military Studies. She is also an Affiliated Scholar at the University of Pennsylvania’s Fox Leadership International program and Penn’s Partnership for Effective Public Administration and Leadership Ethics. She is a Forbes.com contributor on National Security.

Dr. Goldenziel’s award-winning scholarship focuses on international law, lawfare and legal operations (using law as a weapon of war), refugees and migration, information warfare, human rights, and U.S. and comparative constitutional law. Her work has appeared in the American Journal of International Law, American Journal of Comparative Law, Cornell Law Review, and other top journals. She is also co-editor of the Oxford Handbook of Comparative Immigration Law (forthcoming 2023). At iCourts, she will continue her work on how weaker states use international law to challenge more powerful states in international tribunals and organizations.

Dr. Goldenziel holds a Ph.D. and an A.M. in Government from Harvard University, a J.D. from the New York University School of Law, and an A.B. from Princeton University.