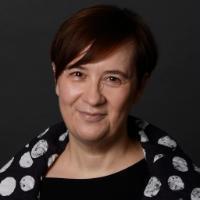 Dr Sorcha MacLeod is an Associate Professor and Marie Skłodowska Curie Individual Fellow in the Centre for Private Governance (CEPRI) in the Faculty of Law, University of Copenhagen. She specialises in business, human rights and security, in particular the human rights impacts and regulation of Private Military and Security Companies. She holds a PhD from the University of Glasgow, UK, and an LLM in International Natural Resources Law and LLB (Hons) in Scots Law from the University of Dundee, UK.

In July 2018 she was appointed for six years as an independent human rights expert to the United Nations Working Group on the use of Mercenaries under the Human Rights Council's Special Procedures. She is a Guest Lecturer at the Centre for Fundamental Rights, Hertie School of Governance and at the US-German Summer Law School in International and Comparative Law of the Justus Liebig University Giessen.

RESpECT is a three-year research project funded by the European Commission. The key research objective of RESpECT is to assess the effectiveness of current international and national regulatory and policy frameworks that deal with PSC-related human rights violations against marginalised groups, which could include women, children, LGBTI and migrants. RESpECT involves analysis of international and national regulatory frameworks as well as qualitative research.

Private Security Companies (PSCs) have a bad reputation, with well-known allegations of human rights abuses in Iraq and Afghanistan and in other conflict zones. The International Code of Conduct for Private Security Providers, created to deal with these problems, merges public and private governance by using auditing to measure human rights compliance by PSCs. Nationally, States responded via public and private legislative and policy options to regulate PSCs operating in conflict zones including licensing, authorisation and contracts. However, there is a major problem with these regulatory regimes. The international market for security is expanding due to increased privatisation and outsourcing of public functions and services. PSCs are now offering international security services that are: (a) often in non-conflict zones; and (b) in areas that have been traditionally within the sole domain of the State e.g. prisons, immigration detention centres. Thus the current regulatory regime does not fit current needs.

It is not known or understood how effective these private governance approaches can be in ensuring public roles, in this case, safeguarding human rights for marginalised groups, in particular women, children and migrants. The objective of RESpECT is to assess the perceptions, understanding and effectiveness of current international and national regulatory and policy frameworks that deal with PSC-related human rights violations against marginalised groups, using desk-top normative analysis and social research methods to gather empirical data to provide new insights into the area. These insights in turn will generate outputs and alternative regulatory models to help policymakers, governments, PSCs, auditors, and civil society actors to understand and improve public and private regulatory frameworks for international PSCs with the aim of securing tangible benefits for those vulnerable and marginalised groups worst affected – women, children and migrants.

This project has received funding from the European Union’s Horizon 2020 research and innovation programme under the Marie Sklodowska-Curie grant agreement No.844999.