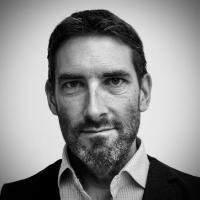 His 2021 Masters Thesis analysed how fundamental rule of law and global administrative law principles could be used to ameliorate the limitations of international human rights law in the context of oversight and accountability for online content moderation decisions by internet technology companies. It examined the additional challenges posed by the global context, by informational capitalism and the widespread manipulation of users, and where internet technology companies are themselves used by States as proxies to avoid public accountability.

Andrew's PhD research concerns the provisions of articles 15(1)(b), (2), (3), and (4) of the ICESCR, which have collectively come to be known as ‘the right to science’. These provisions at the intersection of science and human rights have been neglected by States, human rights treaty bodies including the CESCR, and international institutions, courts, and tribunals, including the UNGA and the HRC, and understudied by international law scholars. As such, the substantive scope and content of the right to science remains uncertain, despite CESCR's General Comment No. 25 in 2020. Several important threads have remained constant in scholarship, albeit not sufficiently defined in their substantive scope and content and the precise obligations that arise as a consequence. One is that the right to science includes a right to be protected from the adverse effects of science. This aspect of the right’s substantive scope and content is also advanced by General Comment No. 25, but like the rest of the General Comment, requires further elucidation and practical consideration. Andrew’s PhD research considers the normative legitimacy of the CESCR General Comment, whether its pronouncements are legitimate interpretations of the Covenant in international law, and asks whether the right to science can and should be interpreted to include protection from adverse effects of science – an 'adverse effects doctrine' – and, if so, how that would impact innovation and existing scientific progress. It goes beyond the General Comment to examine how such a doctrine might operate domestically and extraterritorially, using climate change as a lens to analyse it.

The scholarship and General Comment No. 25 both identify entitlements and obligations that would come within the scope of an adverse effects doctrine, but do so from different perspectives and without a precise doctrinal analysis of what such a doctrine would look like. Neither discuss the problems posed by such a doctrine, such as how to balance the benefits one group are entitled to under the right if those same benefits cause or may cause harm to another group. There has been little discussion of extraterritorial implications of the kind envisaged by the Corfu Channel case. Currently, therefore, no true doctrine exists – no theoretical or practical framework or test for applying the right to science in this context which may well be because there is no effective way to formulate such a test without a substantial reconceptualisation to the substantive scope and content of the right to science as a whole.

Andrew was called to the Bar of England and Wales in 1999 where he practised at the criminal bar until 2014.