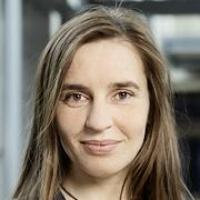 Dr. Carola Glinski joined the University of Copenhagen in 2016. She graduated as a fully qualified German lawyer in 1997 and also holds a master diploma in development politics. Prior to her current position, she has mostly worked at the University of Bremen, between 2000 and 2014, first at the Research Centre on European Environmental Law, later at the Collaborative Research Centre ‘Transformations of the State’. In 2010, she obtained her doctorate with a thesis on legal effects of private regulation of production methods, discussing a wide range of areas of law including public international law, investment law, tort law and unfair competition law.

Her research focuses on the interaction of private regulation with state law but also with public international law and WTO law, on the tensions between trade and investment law and social and environmental standards and on democratic governance in the EU and at the international sphere.