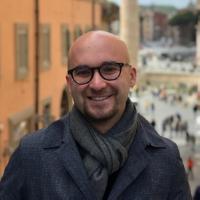 Maxim works as a Postdoctoral researcher at CEPRI - Centre for Private Governance, University of Copenhagen. His current research project investigates the legal status of extraterritorial regulation in the maritime sector, with particular focus on the phenomenon of modern slavery.

Maxim received his bachelor degree in law from Saint Petersburg State University, and master degrees in law from the Russian School of Private Law and the University of Oslo (LL.M. in Public International Law with programme option in International Trade, Investment and Commercial Law; LL.M. in Maritime Law).

Maxim holds a PhD in Law from the University of Copenhagen (awarded in May 2020). His PhD project investigated how international investment law can contribute to the promotion of responsible business conduct among foreign investors (read the report here).

In addition, he has studied at the International Academy for Arbitration Law (France), Columbia School of Law Summer Program (The Netherlands) and attended courses in human rights law at the University of Bologna (Italy).

He held visiting researcher positions at the University of Heidelberg (Germany, summer 2018),  Amsterdam Center for International Law, University of Amsterdam (The Netherlands, fall 2018), PluriCourts - Centre for the Study of the Legitimate Roles of the Judiciary in the Global Order (Centre of Excellence), University of Oslo (Norway, winter 2019).

In 2015-16, Maxim has been working in the Investment pillar, PluriCourts Centre of Excellence (University of Oslo). His previous employment includes administrative positions in universities in Norway and Russia and associate lawyer positions in two Russian law firms.

From 2018, Maxim is a core participant in the Research project 'Responses to the "legitimacy crisis" of international investment law (LEGINVEST)' coordinated by the PluriCourts Centre of Excellence (University of Oslo). The project is funded by the Norwegian Research Council under FRIPRO, project no. 276009.