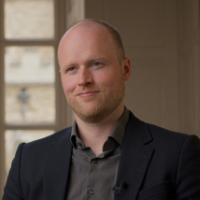 Mikele Schultz-Knudsen is a postdoc at CECS, Faculty of Law and part of the research project "Producing Sharia in Context".

Recently, in 2021, he has been one of the editors of the publication “Nordic and Muslim: Emerging Legal Practices”, which investigates how bridges are being built between Nordic legal practices and Muslim legal practices. The publication includes contributions from a number of researchers within the field, including an introduction written by Mikele that summarises the developments, as well as an article written by Rubya Mehdi and Mikele with the title “Marital Rape in Denmark and Pakistan: Minorities, Culture and Law”.

In 2021, he has also been part of launching a new research initiative, which integrates teaching and research by engaging students in concrete research on how the preparatory works to the Danish Constitution deals with religion. This initiative is supported by a special grant from the University of Copenhagen.

Mikele took his Bachelor and Master in Law at Aarhus University, Denmark, and has since then worked first as an assistant-attorney in the law firm Bruun & Hjejle and then as an attorney at the Danish employer organisation Dansk Industri, before joining CECS. He has also taken the official Mediator Education for Danish Attorneys.

He has been part of creating the new course “Law and Religion” (BA-level), which he is also teaching. Simultaneously, he is a member of the Faculty’s course group for the rule of law, democracy and European integration. Earlier, he has been teaching the courses "Introduction to Danish Law" (MA-level) and “Family Law and Inheritance Law” (BA-level) at the University of Copenhagen, as well as "Constitutional Law" (BA-level) at Aarhus University.

He is a member of the editorial committee for “Naveiñ Reet: Nordic Journal of Law and Social Research”, an annual interdisciplinary research journal. He is also the contributor for Denmark to the yearly report "I·CONnect-Clough Center Global Review of Constitutional Law", which assesses the constitutional developments across many jurisdictions. His review for 2018 is available here and his review for 2019 is available here. He has contributed with articles to the Danish journal "EU-ret & Menneskeret" and the German journal "Zeitschrift für Recht & Islam".

In 2019, he was also the National Academic Supervisor for ELSA's Nordic Legal Research Group on Family Law, during which he supervised a group of Danish law students who together with students from other countries published the book "The Division of Property Between Unmarried Cohabitees - a Nordic Perspective on Living Together". He is also a member of the International Network of Scholars Researching Unofficial Marriages