A New Era of Parliamentarism in the Arab World

The recent upheavals in the Arab world have led to a massive transformation of the socio-political landscape in the region. As autocracies were toppled by popular uprisings, there was much hope that a new era of parliamentarism was about to begin. With the notable exception of Tunisia, these hopes have, largely, not come to pass yet. This project seeks to investigate the reasons and to identify strategies how participatory democracy could gain hold. 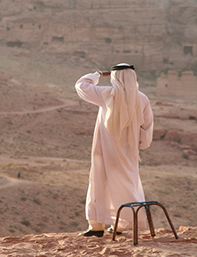 This new one-year project builds on the outcome of a preparatory mission in March 2016 that sought to establish a network of individual and institutional collaborators in the following key Arab states: Egypt, Tunisia and Morocco, to be supplemented, if possible, with Libya and Syria. Our general argument is that, for decades, Arab parliaments were largely controlled by of the executive rather than exercising oversight over the government. Where the revolutions succeeded, there was an unrelenting demand for institutional change towards asserting the people’s power. This should have implications for parliaments, which were – again with the notable exception of Tunisia – neither a cause of, an instigator to, nor even a player in the revolutions. In Egypt the parliament played a very subordinate and docile role, while in at least the Moroccan case, the king took the initiative to reform parliamentary politics as a strategy of accommodation to rising protests.

Five years on, we want to investigate how these hopes and pressures have played out and whether the revolutionary demands have been met. In the broader sense, this project seeks to examine how parliamentary politics are organised and how legislative work has been carried out in the wake of these upheavals.

The grant amounts to DKK 1.7 million and is generously provided by the Danish-Arab Partnership Programme (DAPP), which supports academic cooperation and exchange between Denmark and the Arab world.