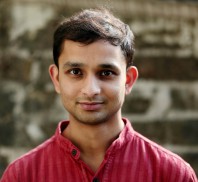 Sroyon Mukherjee is a PhD researcher in law at the London School of Economics (LSE), UK. His doctoral research studies the role of domestic courts in environmental valuation, that is, the exercise of putting a monetary value on environmental goods and amenities. During his PhD, he was a research assistant with the Grantham Research Institute on Climate Change and the Environment at LSE, and a visiting researcher at UC Berkeley, California as well as at CORA, University of Copenhagen. He holds an LLM degree from LSE, and a BA/LLB from the National University of Juridical Sciences, India.

His previous experience includes working as a solicitor in the General Banking team of Clifford Chance LLP, London, and a judicial clerkship with Justice H K Sema of the Supreme Court of India. As a graduate teaching assistant at LSE, he has also taught undergraduate courses including Law and the Environment and Introduction to the Legal System.

His research interests include environmental law, judicial expertise and law and economics. One of his constitutional law articles was recently cited in a landmark decision by the Indian Supreme Court, decriminalising gay sex between consenting adults. His other interests include beekeeping, analogue photography and bicycles.