New research from University of Copenhagen and University of Cambridge reveals that the amount that individuals receive in damages from the European Court of Human Rights depends on which country is put in the dock; and frequent violators like Turkey and Russia get a 'discount'. 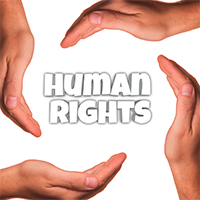 When individuals are tortured or when their lives are surveilled by European authorities through programmes like PRISM and other tools uncovered by Edward Snowden, they can turn to the European Court of Human Rights. If their claims are successful, the Court may award them damages for their pain and suffering. Yet, new research from researchers from the University of Copenhagen and University of Cambridge reveals that the amount that individuals receive in damages depends on which country is put in the dock; and frequent violators like Turkey and Russia get a 'discount'.

Last year, the European Court of Human Rights turned 60: Since 1959, it has given Europeans a unique opportunity to take their state to court, if their human rights have been violated. The court operates as an international control system and today citizens from 47 different European countries can lodge an appeal at the court. New legal research reveals that there is a sizable discrepancy between what the court perceives as its core task, to compensate victims for their pain and suffering, and what is actually happening in the judgments that the court delivers:

- Our research reveals that the European Court of Human Rights only takes the individual factors involved in the case into very limited consideration when deciding compensation for human rights violations. For example, if a citizen develops a chronic disorder because of a violation of his human rights, the compensation will not deviate materially from the citizen who does not suffer lasting harm, says Veronika Fikfak, associate professor at the Faculty of Law at the University of Copenhagen, who led a project that investigated what compensation victims of human rights violations are granted by the European Court of Human Rights.

On the contrary, a review of 12,000 judgments of the European Court of Human Rights reveals that it is the factors which are linked to the country in the dock that affect the compensation obtained by the victim:

- We found, among other things, a link between the GDP of the accused country and the compensation granted to the victim. Our analysis revealed that rich countries - such as Great Britain and Denmark - pay higher compensation if they violate the human rights of their citizens than countries such as Ukraine, Russia or Turkey, says Veronika Fikfak.

As an international control system, the European Court of Human Rights not only has responsibility to safeguard individual rights, it also plays a role in keeping human rights infringers accountable for their violations and could, if necessary, sanction states to ensure that they do not continue their violations:

- One of the most striking results of the study showed that the more often a state violates human rights, the less it pays in compensation. To us, this made no sense. Behavioural economists argue that the only way to change state behaviour is through higher economic sanctions. We therefore expected frequent violators to pay more in damages than other countries. When I asked judges to explain the results to me, they expressed concern that states who are found frequently in violation of the Convention won't comply with the decision. So, out of this fear, they decide to lower the damages and feel that this will help to ensure states pay, says Veronika Fikfak.

The question is, of course, whether such an approach is efficient:

The reality is that damages for pain and suffering are generally so low - ranging from 1000 Euros to 18000 Euros for an event of torture - that for a state such low amounts really make no difference. Often, the problem remains and generates new repetitive cases. We are seeing thousands and thousands of cases on the same problem appear before the Court. It is therefore important to query whether the current practice of the Court in lowering damages is in fact potentially enabling repetitive violators to 'pay off' their behaviour and then keep repeating it. We understand the Court is currently reviewing its practice in this area and we hope it will take our findings onboard, says Veronika Fikfak.

Associate professor Veronika Fikfak's results can be found in the article Non-Pecuniary Damages before the European Court of Human Rights: Forget the Victim; it's all about the State in the Leiden Journal of International Law (will be published 30 March). The study was funded by the UK Economic and Social Research Council and the Cambridge Newton Trust, whilst Veronika Fikfak was at University of Cambridge as Lecturer in Law. The study sought to investigate for the first time what price the European Court of Human Rights assigns to individual human rights and to explain the justifications that drive this practice.

Associate professor Veronika Fikfak spoke about her research for:

The results are now being investigated further as part of an ERC Project Associate professor Veronika Fikfak is undertaking at the University of Copenhagen, looking at how we can change state behaviour (see project website www.humanrightsnudge.com).

The study was motivated by a complete lack of transparency about how much victims can expect to get in damages for human rights violations. We found that individuals were turning to the court with an expectation of millions of euros in compensation, but they only got a few thousand, says Veronika Fikfak.

The team of researchers used linear regression analysis, which examines the correlation between a number of different variables and compensation amounts. Specifically, the researchers considered how victim characteristics like age, gender, health and their vulnerability influenced the amount of damages received. They also tested variables associated with states, such as its state conduct, GDP and the frequency of human rights violations.

The European Court of Human Rights

The European Court of Human Rights (ECtHR) in Strasbourg hears cases where a Member State is accused of infringing the European Convention on Human Rights or its additional protocols. The convention contains two different rights of appeal: 'the intergovernmental' and 'the individual'.

Member States are obliged to abide by the final decisions of the ECtHR in cases in which they are parties and the Committee of Ministers of the Council of Europe verifies that they do so.

Veronika.fikfak@jur.ku.dk for all further queries.