Juan A. Mayoral’s article is published at the Journal of European Integration

Title of the article: “On judicial mobilization: entrepreneuring for policy change at times of crisis” 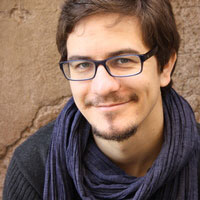 The article, co-authored with Aida Torres (Pompeu Fabra University), explains how national courts have faced the challenge of protecting rights in times of crisis.

In the context of the Spanish housing crisis, judges adopted an activist role by mobilizing the Court of Justice of the EU in multiple cases to challenge national legislation. This forced the Spanish government to adopt reforms to strengthen the position of mortgage debtors to fulfil the obligations under EU consumer law.

This article discerns the factors that lead Spanish judges to cooperate with the CJEU. We show that, although political and legal opportunities and resources play a role for the judicial mobilization of EU law, the degree to which they matter vary when we consider: the role of ‘judicial entrepreneurs’ who introduce EU law as a novel legal strategy, and the impact of this tactic on how judicial actors frame EU law, with important consequences for the politics within the judiciary.