Since the 1980s, the rights of indigenous peoples to control and govern lands and natural resources have been inscribed in many Latin American constitutions, and a series of national and international legal instruments on indigenous peoples’ territorial rights have been created. Also, through a string of cases, the Inter-American Court of Human Rights (IACtHR) has developed an indigenous jurisprudence at the supra-state level to uphold these rights and strengthen the collective self-determination of indigenous peoples’.

However, when the creation and implementation of indigenous peoples’ land rights is considered from the perspectives of the communities and actors involved in such processes on the ground, several common beliefs and suppositions about indigenous land titling are challenged and complicated by empirical data and real-life contexts. Not only is the idea of titling lands as indigenous territories deep-rooted in both colonial and post-colonial territorial governmentality. Recent land-titling has also failed to provide communities with the security, certainty, and self-control, that was often advertised by its proponents.

In this presentation, these problematics will be illustrated through the findings from a case study of indigenous land titling around the Mayangna village of Awas Tingni, which was the first community in the Americas to demand before the IACtHR that the lands surrounding their village should be titled as indigenous communal property. The 2001 sentence in the case Mayagna (Sumo) Awas Tingni v. Nicaragua has been the subject of many a legal and jurisprudential analysis and has been called an important precedent for indigenous peoples’ land rights and a victory for indigenous peoples. Notwithstanding, the conflicts over land have seemingly increased through and after the titling process. An accelerated immigration of settlers from other parts of Nicaragua have outnumbered the Mayangna in their own territory, and the indigenous community is struggling to uphold a collective dominium of the lands. Also, the sharp boundaries constructed between different groups through the process of land titling based in ethnic categorization is contributing to incentivize conflict, while in real life practices the boundaries and limits between groups and spaces are often more fluid than the legal categories would suggest.

Human rights organisations and indigenous community leaders in Nicaragua’s Northern Caribbean region have denounced the lack of saneamiento (a Spanish word meaning title clearance or sanitation), referring to a process of clarifying the legal status of third parties within the indigenous territories and determining the legality and the future of their tenancy. But the procedures that ‘title clearance’ entails are not made entirely explicit in the law itself. This has caused major confusion and debate about how to understand and undertake this process. 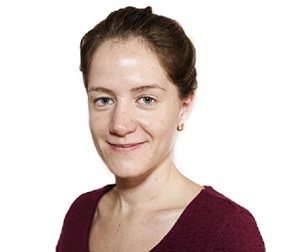 Julie Wetterslev is a PhD Researcher in International Law at the European University Institute in Florence, Italy. Her doctoral research revolves around the titling of lands as indigenous territories in Nicaragua’s Northern Caribbean region, with a special emphasis on the Mayangna territory around the village of Awas Tingni.