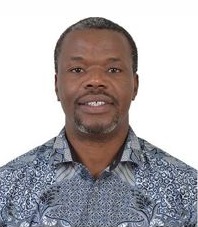 James Nyawo is a Lecturer of International Law and International Relations at Kenyatta University, Nairobi, Kenya. He holds a doctorate from Middlesex University, UK, which investigated the dynamic relationship between the International Criminal Court and African States, and the claims that the International Criminal Court was biased against African personalities and leaders. James has maintained his research interest in the enforcement of international criminal law and justice by domestic, regional, hybrid and international mechanisms in Africa, publishing a book and several book chapters. He also holds a Master’s degree in Humanitarian Programme Management from Liverpool University and has over ten years experience as a humanitarian practitioner having worked for the United Nations and Civil Society Organisations in conflict affected regions with refugees and internally displaced persons in  in Angola, Uganda, Sudan and South Sudan and Zambia.