The Role of Non-State Resistance in the Evolution of the ICC’s Institutional Identity:

This presentation is based on my PhD thesis ‘The Evolution of the Sexual and Gender-Based Violence Prohibition Norm at the International Criminal Court: A Process of Socialization with Appropriate Application’. Underpinned by social constructivist research on international norms, insights into the appropriate application of legal norms, as well as feminist institutionalist and legal perspectives, I have identified the evolution as an outcome of a socialization process1 with the norm’s appropriate application2 which has taken place at the ICC, virtually since the beginning of its operation. The case study, based on qualitative data analysis, embraces seven stages of this process, each accompanied by a triangulation inquiry3, which demonstrates the essential role of non-state actors in resisting the initial misrecognition of the norm and triggering the socialization. Connecting research on the evolution of norms in international relations with that on resistance practices against international courts, my analysis studies the constellation and agency of the involved actors, institutional and structural as well as socio-political factors. Against this background, my presentation will be focussed on the agency of the actors who were involved in the given pattern of non-state resistance. Along with the role of institutional and structural as well as socio-political factors, their constellation – consisting of both exogenous and endogenous actors – allowed them to achieve their goals on both legal and institutional levels, despite their restricted power and access to the institutional structures of the Court. By using various framings, strategies and instruments, their resistance against the norm’s applicatory misrecognition in the ICC’s first case against Thomas Lubanga Dyilo succeeded in impacting the emergence and maintenance of internal discursive deliberations on the inappropriateness of this omission. These deliberations, in turn, facilitated reflective learning with respect to the appropriate application of the norm in the context of the given case. While the ICC’s staff ultimately appeared responsive and willing to engage in these processes, initially, the resistance had had to exercise some form of “social protest”, in order to generate “social [and legal] learning”4 and the progression of the socialization “spiral”5. That said, the subsequent transformations in the attitudes towards the norm, its status and application (undertaken by the Court’s organs beyond its first case on both legal and institutional levels) indicate the effects of ‘genuine persuasion’6 and, indeed, the aspiration to not only appropriately apply the SGBV prohibition norm in future cases and situations, but also to embrace this norm as a characteristic feature of the ICC’s developing institutional identity. 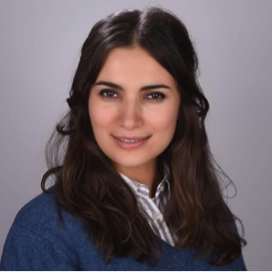