Where Have the Guardians Gone?: The European Commission and the EU’s Shifting Politics of Enforcement

In the European Union, the European Commission is the sole supranational actor responsible for enforcing EU law against noncompliant member states. The Commission exercises its role as “Guardian of the Treaties” by launching infringement against recalcitrant governments and bringing them before the European Court of Justice. This paper reveals a puzzling decline in the Commission’s exercise of its infringement power since 2004 and leverages a multi-method research design to explain the EU’s shifting politics of enforcement. Relying on a longitudinal dataset of infringements from 1978 to 2019, we demonstrate that the decline in infringements cannot be explained by improved state compliance, increased enforcement by national judiciaries, or a decrease in EU legislative output. We then leverage semi-structured interviews with EU officials to trace how the Commission’s retreat from vigorous enforcement was prompted by the politicization and presidentialization of the Commission: That is, the increasing control exercised by political appointees over the infringement procedure, alongside the centralization of policymaking within the Commission Presidency. As the Commission’s political leadership came to prioritize pursuit of its policy agenda, Commission civil servants were dissuaded from launching infringements that might upset member states in the Council and derail the Commission leadership’s legislative priorities. These findings underscore the unintended consequences of calls for a more political and less technocratic Commission: Whatever its virtues, politicization may have weakened the Commission’s resolve to enforce EU law and fulfill its traditional role as the “Guardian of the Treaties." 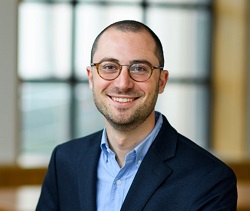 Tommaso Pavone is Postdoctoral Fellow at the University of Oslo’s PluriCourts Centre and an incoming Assistant Professor at the University of Arizona’s School of Government and Public Policy. He received Ph.D. in Politics in 2019 from Princeton University, specializing in comparative politics, European politics, and law and society. His research traces how interactions between civil society, lawyers, courts, and public officials trigger policy change and shape political development. His book project – The Ghostwriters: Lawyers and the Politics Behind the Judicial Construction of Europe – reconstructs how entrepreneurial lawyers promoted European integration by encouraging clients to break non-compliant state laws and mobilizing national courts against their own governments. Tom is the recipient of the Best Dissertation Award from the European Union Studies Association (EUSA), the Dissertation Prize from the Law and Society Association (LSA), the Edward S. Corwin Award from the American Political Science Association (APSA), and an Honorable Mention for APSA's Ernest B. Haas Award. His broader research has been published in leading peer-reviewed journals, including World Politics, Law & Society Review, Journal of European Public Policy, Journal of Law & Courts, European Law Journal, European Constitutional Law Review, and Constitutional Studies. Tommaso was born in Rome and is a dual citizen of Italy and the United States.​​

Please register via this link to participate in the seminar. You will receive Zoom link right after you register.