CANCELLED The International Adjudication of Mega-Politics

This event has been cancelled! 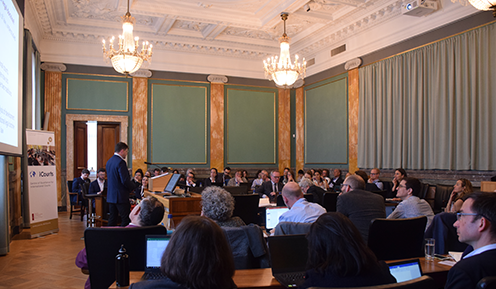 The term mega-politics was coined by Ran Hirschl, and it pertains to “matters of outright and utmost political significance that often define and divide whole polities.” By implication, these cases are highly contentious. Hirschl’s definition associates mega-politics with the issue in dispute. Neither the law nor the policy in question may have been contentious in the past; it could be the application of existing law to a new issue, or a change in politics, that renders the dispute mega-political. This definition also mingles domestic and international adjudication into a single fabric.

We will consider three different sources of internationalized mega-politics: 1) disputes that involve two or more states with strongly divergent preferences; 2) disputes involving legal issues that divide domestic polities, where international law applies and thus has something to say about the issue; and 3) disputes that are contentious mostly because international adjudicators are piercing the veil of sovereignty, which may primarily or especially incense executive actors (e.g. governments).

The International Adjudication of Mega-Politics (pdf)

For participation in the event please use this registration form no later than 29 February 2020 12:00.