Catharine Titi (CNRS–CERSA, University Paris II Panthéon-Assas) will be the speaker in SHIELD Lecture Series ‘Transformations of Global Economic Governance’. The Lecture will be part of the ESIL Lecture series and it will be filmed and posted on the ESIL website and YouTube Channel. By registering to the event you agree to participating in the recording and publication of the lecture.

The event is co-hosted by SHIELD, iCourts and European Society of International Law (ESIL).

There is little doubt that the nationality of the international adjudicator matters. Judges sitting on international courts have often arrived on the bench after a career in government and may identify with the interests of their home state. Empirical data shows that a judge called to decide a case involving the state of his or her nationality (national judge) tends to vote in its favour.

Yet nationality is not only relevant as an argument to discredit a judge who is seen as partial to his or her home state: it also confers legitimacy on international dispute settlement. International courts must be representative of their membership and representation calls for the inclusion of diverse nationalities in their ranks.

In light of the ongoing efforts to establish a multilateral investment court, the lecture will inquire into nationality and representation in the composition of international courts and tribunals. It will review, on the one hand, nationality and geographical representation in the composition of the court as a whole and, on the other, the presence of national judges and judges ad hoc in specific chambers or divisions.

Catharine Titi, Dr iur., FCIArb, is a tenured Research Associate Professor at the French National Centre for Scientific Research (CNRS)–CERSA, University Paris II Panthéon-Assas. She serves on the Steering Committee of the Academic Forum on ISDS, whose work contributes to the discussions in UNCITRAL Working Group III. In addition to sitting on the Board of the European Society of International Law (ESIL), she is a member of the Academic Council of the Institute for Transnational Arbitration (ITA) of the Center for American and International Law. Catharine is a Fellow of the Chartered Institute of Arbitrators (FCIArb), she sits on the panel of arbitrators of the Court of Arbitration for Art (CAfA), and she is appointed to the roster of the United States-Mexico-Canada Agreement’s (USMCA) Annex 31-B panellists. She has previously been a consultant at the United Nations Conference on Trade and Development (UNCTAD). In 2016, Catharine was awarded the prestigious Smit-Lowenfeld Prize of the International Arbitration Club of New York for the best article published in the field of international arbitration.

Please register no later than 24 November at 14:00 using this registration form.

Place: Online via Zoom; in the CET Time Zone 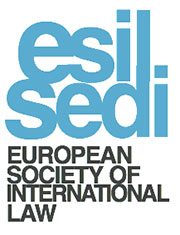