Centre for Interdisciplinary Studies of Law (CIS)
Faculty of Law 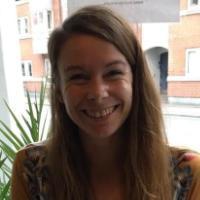 Julie Laursen holds a Master’s degree in Educational Anthropology. She did her PhD research at the University of Aalborg, Denmark (2013-2016) where she examined prison-based cognitive behavioural programmes through participant observation and interviews. The main point of her research was to understand how prison-based cognitive behavioural programmes problem definitions of criminality and suggested solutions play out in concrete practice.

Upon finishing her PhD, Julie went on to a four-year postdoctoral position in the ERC-funded research project 'Penal policymaking and the prisoner experience: a comparative analysis' based at the Prisons Research Centre, Institute of Criminology, University of Cambridge. The research project compared the experience of imprisonment in Norway and England & Wales and involved four inter-related studies of (a) penal policymaking and the penal field (b) the experience of entry into and release from custody (c) the daily experiences of female prisoners and imprisoned sex offenders, and (d) prisoners in the most secure parts of each jurisdiction's prison system. Julie did a very large amount of fieldwork in prisons in both Norway and England & Wales, which involved qualitative and quantitative methods (750 interviews and 1000 surveys). Julie and colleagues have since published extensively based on this data-material.

Julie joined CIS in January 2021 with Marie Skłodowska-Curie and Carlsberg Foundation fellowships to undertake an explorative study of indeterminate sentences in Denmark. The research project titled 'Indeterminate sentencing and imprisonment – an interdisciplinary study of the experiences of court processes and prison practices' (IndeSent) will provide an in-depth examination of the experience of being indeterminately sentenced by a court and of serving an indeterminate sentence in prison. The combination of courts and prison practices is one of the most pioneering aspects of the proposed research, illustrating the connections between the wider aims and functions of the penal state and the everyday practices, experiences and interactions in prison. Usually, there is a sharp distinction between the allocation and delivery of punishment; the first happens in courts and the second in penal institutions. Using ethnographic research methods (participant observation, in-depth interviews and a Dialogue Group), IndeSent will address this gap in the scholarship by focusing on the experiences of the indeterminate sentenced in the two arenas of punishment.

Julie is excited about teaching and supervising in areas such as sociology of prisons, social control, comparative penology, the meaning and experience of punishment and qualitative methodology.