Centre for Interdisciplinary Studies of Law (CIS)
Faculty of Law

Symposium: The Right to Science

We all have a human right to enjoy the benefits of scientific progress (the Right to Science [RtS].

The right has its origins in Article 27 of the United Nation’s 1948 Universal Declaration of Human Rights, which was adopted in the wake of World War II. In 1966, the UN turned these commitments into binding obligations under international law. The implication is that, just as governments are expected to respect the rights to, say, freedom of speech and due process, so they must also adopt measures to respect and ensure the RtS.

The existence of this right is important for researchers and society. It adds a legal and moral dimension to a range of fundamental issues, including scientific freedom, funding, and policy, as well as access to data, materials, and knowledge. Yet, despite its potential for furthering science and human rights causes, the RtS has not received the attention it deserves.

This transdisciplinary symposium, organised by gloknos in collaboration with our Advisory Board Member and UNESCO Chair in Cultural Rights Prof Helle Porsdam, will explore the RtS against the background of the 2017 UNESCO Recommendation on Science and Scientific Research.

The symposium is happening online on the 7th to the 8th of October 2020. It is open to all but spaces are limited. Read more and sign up here.

*This event has been rescheduled from April 2020 * 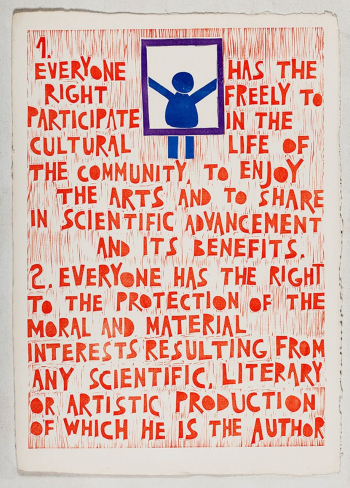