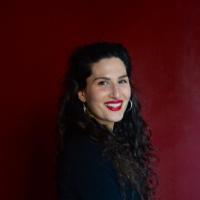 Prior to joining the University of Copenhagen, Theodora worked as a Research Associate to James Crawford AC, Judge of the International Court of Justice, and in private legal practice in London. Previously, Theodora has worked as a trainee at the European Commission (DG Trade) where she provided legal reseach during the negotiations of the European Union's free trade agreements. She has also worked as a researcher at Aarhus University, Leiden University and the British Institute of International and Comparative Law.

Theodora is admitted to practice law in Greece (Thessaloniki bar).