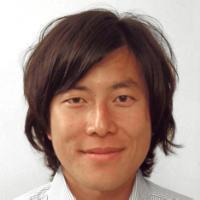 Hin-Yan lives and breathes his research: scribbling ferociously in his black moleskine notebook while holed up in his office; losing himself in manic whiteboarding sessions with others; and confusing most people he talks to with dynamic jumps in narrative, logic and topic. You will find sketches of current research projects, and research-integrated educational activities, below, and should these spark interest, do feel free to get in touch!

Hin-Yan’s research interests are eclectic (some would suggest chaotic), rapidly-developing and often hit dead-ends or lay dormant for long periods. At present, these interests lie in three broad trajectories: at the frontiers of emerging technology governance with a focus on artificial intelligence and legal disruption; in developing regulatory and policy tools to mitigate existential and global catastrophic risks; and in the regulatory and governance implications of the synthetic age.

While nominally focusing upon the myriad of legal, regulatory and governance challenges posed by artificial intelligence, his real research agenda is to deploy such new and emerging technologies as a mirror upon the contemporary regulatory order. Thus, his research in this area attempts to leverage the defamiliarising vantage point offered by AI as a benchmark to critically evaluate hitherto unseen regulatory configurations in which we have been embedded.

As a way of organising the broad array of issues at the nexus between law, regulation and governance on the one hand, and artificial intelligence on the other, Hin-Yan is developing the concept of ‘Legal Disruption’ (with a group concept paper forthcoming in 12(2) Law, Innovation and Technology). Within this framework, artificial intelligence applications only become problematic to the extent where these cause the law ‘run out’, reveal latent inconsistencies and unfounded presumptions, or otherwise disrupt societal function. He is also the coordinator of the Artificial Intelligence and Legal Disruption Research Group (AI-LeD) at the Faculty which aims in part to further develop this conceptual framework.

Hin-Yan’s research interest in existential and global catastrophic risks stems not so much from spectacular hazards capable of triggering human extinction, such as AI and other technogenic risks, but rather revolve around the myriad of ways in which civilizational decline can be intertwined with sub-optimal governance or can be path-dependent upon poor regulatory constellations that are being put in place presently.

Concretely, his scepticism towards one-hit knock-out existential threats culminated in a joint-piece, ‘Governing Boring Apocalypses’, which hopes to broaden the study of existential risks. With the advent of Covid-19, the same team is working on teasing out lessons from the pandemic for the governance of existential and global catastrophic risks more generally.

Governance Implications of the Synthetic Age

This is Hin-Yan’s most ‘out there’ research theme to date, and perhaps his most audacious. The core concern is that much of the world is being wrenched out of the natural and towards the artefactual, that so-called ‘deep technologies’ (in Keekok Lee’s phrasing) reach down into the nature of things and reconfigure them for human purposes. Such reconfiguration may be modelled as a form of architectural regulation or as technological management, but it is not necessarily seen in regulatory of governance terms, let alone analysed and critiqued as such. There is a lot to explore in this area, and if you are reading this and are interested, please feel free to get in touch!

Hin-Yan avowedly does not teach.

Instead, his approach to education is to mentor his students to develop their own ways of interrogating the world, and to seek the questions that they are genuinely engaged with. This involves equipping students with tacit abilities, such as: a nose for sniffing out the most relevant problem, or aspect of a problem; matching a problem appropriately with the student’s skill set, interest, and motivation; and instilling a robust sense of self-critique. Education should not be about the accumulation of data, information, or necessarily knowledge (from the DIKW hierarchy); if this is true, then we need to try other methods and means and targeted these towards other objectives. Hin-Yan’s courses (past, present, and proposed) are part of a iterative processes to test this approach.

Hin-Yan convenes a popular elective Master’s course ‘Artificial Intelligence and Legal Disruption’. Instead of teaching classes, he leads wide-ranging critical discussions that are anchored in pre-assigned papers with the aim of pushing thinking forward in a deeply research-integrated manner. Complex and hectic scrawls are known to sprawl themselves across the whiteboard as each session progresses, and each seminar ends with more problems than they start with. Student evaluations have consistently raised the uniqueness of this class, and have said for example that ‘His passion for the subject (artificial intelligence and legal disruption) and brilliance is obvious, and transmits to the entire class’. Resonating the research-integrated approach of this class, a collection of final papers will soon be published by Retskraft in a Special Issue on Artificial Intelligence and Legal Disruption.

He also runs a range of eclectic PhD Courses, including: ‘Innovation and Disruption in Legal Research’, ‘Models of Legal Disruption’, and 'Ignorance, Agnotology, and Uncertainty: Drivers for Doctoral Research’. The underlying purpose behind these courses is to directly engage PhD candidates with the challenge of problem-finding (as opposed to the traditional problem-solving), to immerse them within deeper questions of what the legal and regulatory order should be doing, and how uncertainty might change the very cores of their theses.

He has been nominated as one of only two teachers by the University of Copenhagen for the Ministry of Higher Education and Science’s Teaching Prize in 2020, and has been nominated for the Harald Teaching Prize every year that he has taught in Copenhagen. He operates a digital-device free policy for all of his educational activities to preserve and promote participation, dialogue and focus.

He is happy always to supervise strong Master’s dissertation projects, and brilliant PhD theses in these areas like those of Matthijs Maas and Sue Anne Teo. Just be ready that, projects tend to take unorthodox and counter-intuitive turns under his watch.

His doctoral work at King’s College London was supported by grants from the Social Sciences and Humanities Research Council of Canada, King’s College London and the Government of Alberta. Controversially arguing that ordinary legal processes were at the source of the impunity enjoyed by the modern private military company, his thesis was passed without amendments and has been adapted into a monography published by Hart in September 2015. He was awarded his LL.M. in Human Rights Law by University College London (UCL) with distinction, and also he holds separate degrees in law and in psychology.

He is an avid climber, alpinist and mountaineer. Finding himself living and working in a country without gradient has meant coming to terms with the fact that regular adventures are no longer possible. Surviving on memories of solo treks through Tibet, the Rockies, the Alps, and beyond, and on his follies and adventures on rock and ice, he now finds solace and freedom in the saddle of his fixie (reliving of his time darting between the traffic and racing in the urban jungle while playing cycle-courier in London).

On paper, Hin-Yan is ‘from’ Canada and Hong Kong SAR, but he’s also survived English Public School and savoured years of la bella vita in the Tuscan countryside, as well as tramping nomadically over countless roadtrips through the Iberian peninsula, western Canada/US, and Morocco (among others).