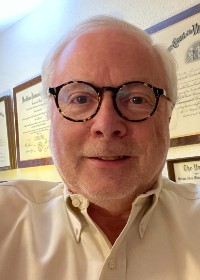 Don C. Smith is a Professor of the Practice of Law at the University of Denver (Colorado) Sturm College of Law.  His focus is climate change and energy law, particularly with respect to comparing laws and policies of the European Union and the United States.

Following his Washburn graduation, he spent three years as assistant press secretary for former Kansas Gov. John W. Carlin.  Subsequently, he practiced business and water law before joining the legal publishing division of US publisher McGraw-Hill.  After spending 10 years with McGraw-Hill, he took a position as publisher with the Anglo-Dutch firm Reed-Elsevier where he worked on publications dealing with EU environmental law. While with Reed-Elsevier he had offices in the US and in the United Kingdom.

In the early 2000s, Mr. Smith began teaching at the University of Denver Sturm College of Law.  From 2007-2015 he was director of the college’s Environmental & Natural Resources Law program.  Among the courses he has taught include “Comparative Environmental Law,” “New Concepts in US Oil & Gas Law,” and “European Union Environmental Law.”

In 2019, a grant proposal that he co-authored with European colleagues was accepted by the European Commission, thus leading to the course “European Union – United States Comparative Climate Change and Energy Transition Law and Policy” that he co-taught with colleagues at the Universities of Copenhagen and Oslo.  The course allowed students from the three universities to learn together and collaborate on group presentations that were delivered to all students in the courses.

Since 2012 he has served as editor in chief of the Journal of Energy & Natural Resources Law, which is affiliated with the International Bar Association.

In addition to his teaching and editing responsibilities, Mr. Smith has written numerous articles, book chapters, and editorials.  His most recent book chapter (which he coauthored with former University of Maine Law School Dean Donald Zillman) is titled “Energy Resilience in the United States: Impact of the 2020 Presidential and Congressional Elections.”  Two recent editorials for the Journal of Energy & Natural Resources Law are “Playing with fire: military attacks against a civilian nuclear power station” and “Developing and deploying energy storage technologies: a ‘holy grail’ effort on which the world cannot afford to fail.”