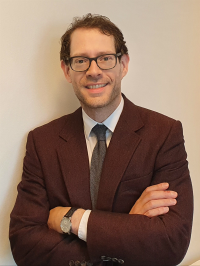 The project, Democratic Innovations in a Green Transition (DIGT), which is headed by Professor Lars Tønder from the Institute of Political Science (KU), explores how democracy is affected by, and can in turn affect, efforts to address the effects of climate change. The project looks at the Danish citizen assembly on climate change, which is set to begin work in 2021. In the context of a greater European trend of climate citizen assemblies, DIGT examines how the inclusion of citizens in the political process impacts deliberation on climate change issues, and how these deliberations filter from the political system into civil society.

Amnon Lev will be analysing how climate change affects the way we think about popular sovereignty and representation.

DIGT is supported by a Scientific Advisory Board that represents leading international academic institutions (University of Sydney, University of Warwick, University of Westminster, Uppsala University), government organisations (Teknologirådet) and NGO’s (Missions publiques, We do democracy).